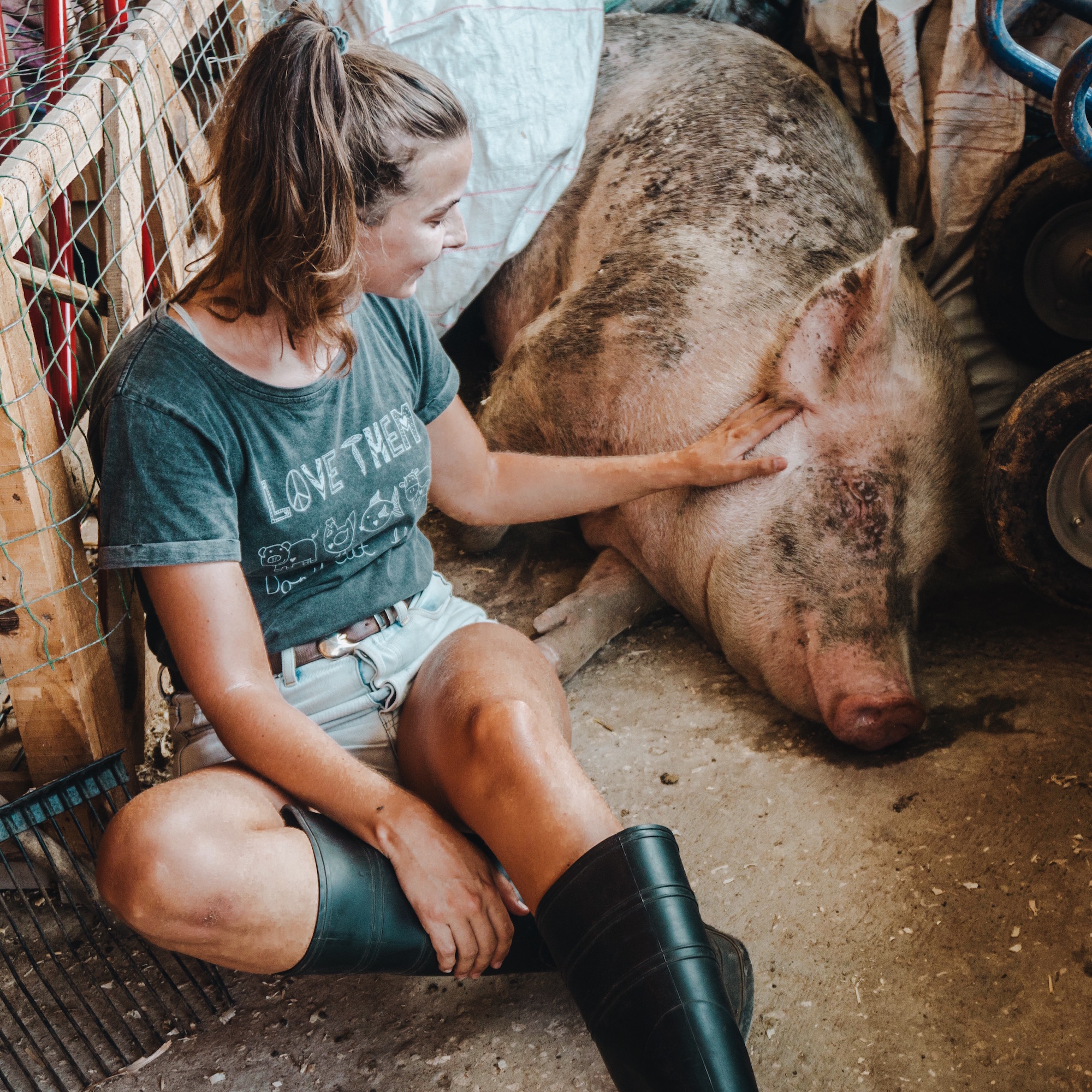 Omri trying to escape the heat

During my last stay in Tel Aviv I had the pleasure to visit the most beautiful place called Freedom Farm Sanctuary! It is located about 40 minutes outside of Tel Aviv and a safe haven for abused and rescued animals. It was my first visit at the Freedom Farm Sanctuary and in any sanctuary in general so naturally I was super excited! I always feel like we are way too disconnected from most animals during our everyday lives (apart from cats, dogs and horses maybe). One of the major issues here is that this disconnect totally enables the kind of animal abuse that’s currently happening all around the world.

Most of us have never touched a chicken, hugged a cow and given a pig a belly rub. Unless we grew up on or near farms, those ‘farming’ animals that are commonly considered an ‘it’ rather than a he or she are completely out of reach for us. We imagine them living their lives the way commercials want us to see them: living happily ever after on a big field of grass. Until they magically appear as a big fat steak, schnitzel or piece of cheese on our plates. 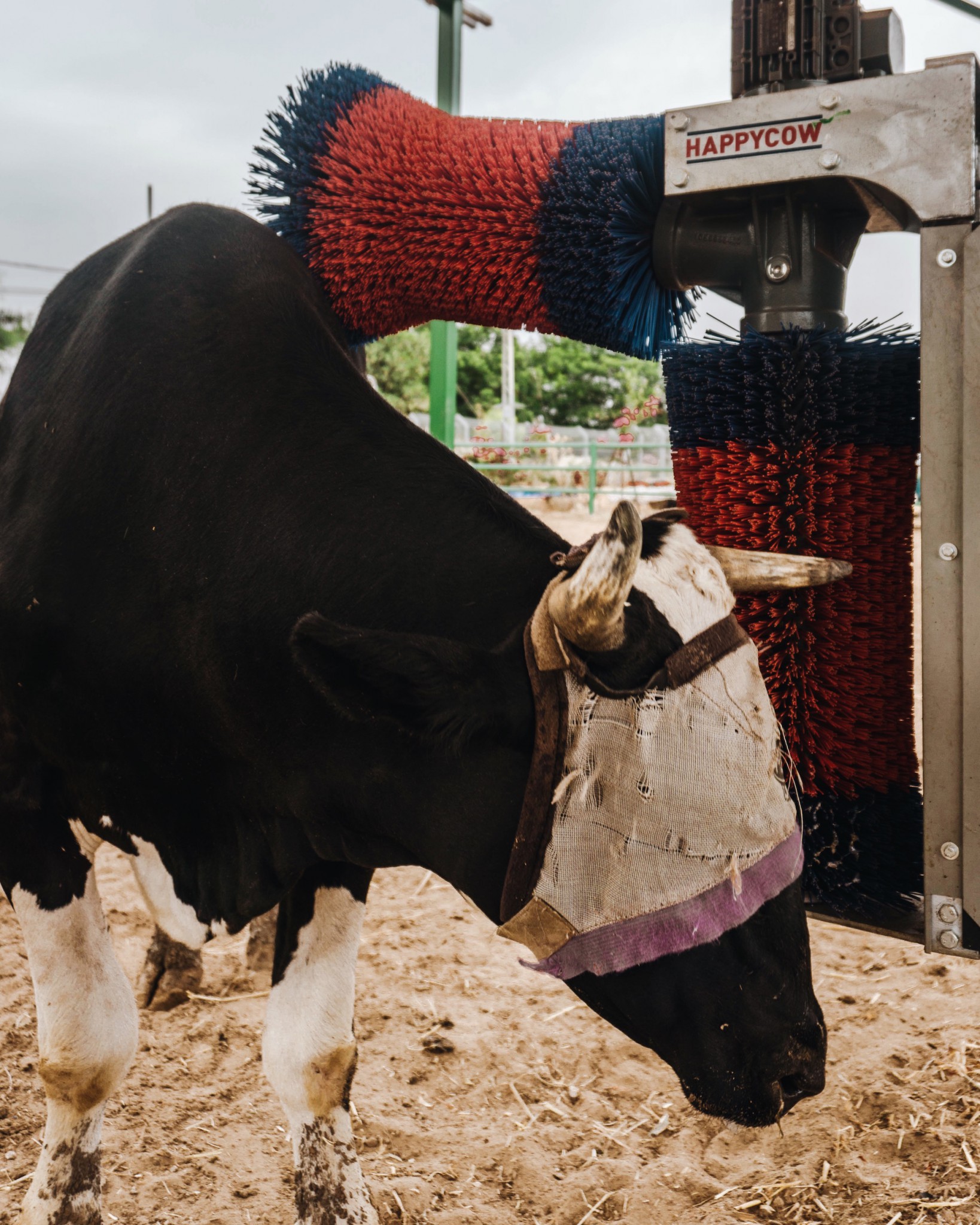 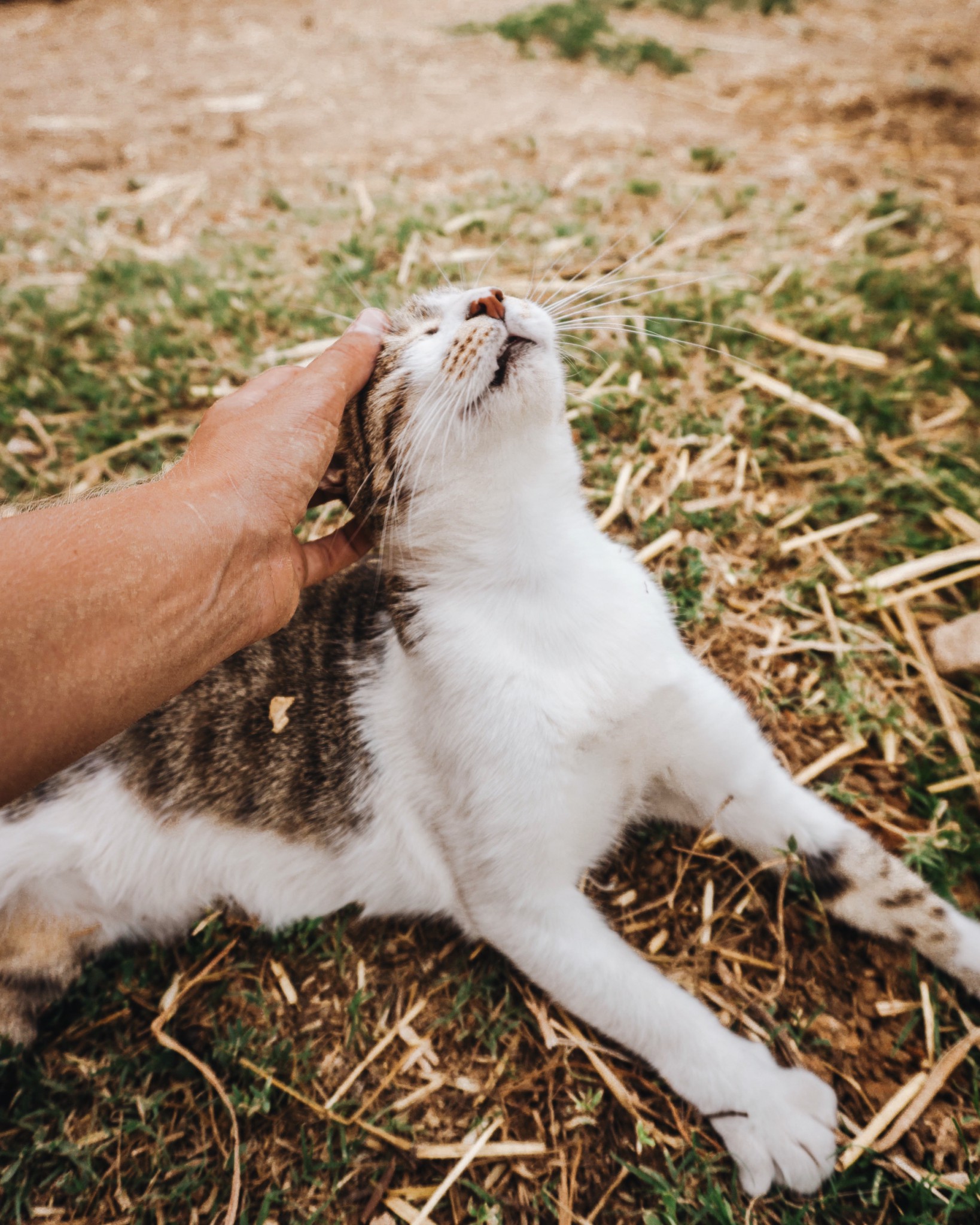 Even though I actually grew up near farms and one of our favorite family weekend activities was watching the pigs play in the mud and horses running on the fields, my disconnect and denial was as big as anyones. It took me only 24 years to realize that something we are doing here is just not right and that there’s a horrible story of a beautiful soul being solely grown and slaughtered behind my steak, of a calf violently stolen from their mum behind my cheese, and hens living a life full of suffering behind my egg – so no judgement there!

Although I’ve been vegan for 3 years now and there are many reasons to go vegan (environment, health, animals), I feel like the strongest and most long-lasting impact is always the ethical connection to animals. Whether you love animals or are not really so connected to them, seeing an innocent and helpless creature suffer brings up strong emotions! We are all born full of feeling towards all creatures, but over the years, our feelings numb. Most of us become surrounded by walls of repression, and we are drawn into an alienated society that has reprogrammed us to distinguish and discriminate: to pet one, and consume the other.

So going to the Freedom Farm and witnessing first hand the beautiful work they are doing there was extremely valuable. Sitting there, learning about the stories behind each animal, talking to them, seeing their different personalities, made a deep and lasting impact that I believe everyone – vegan or not – should experience. 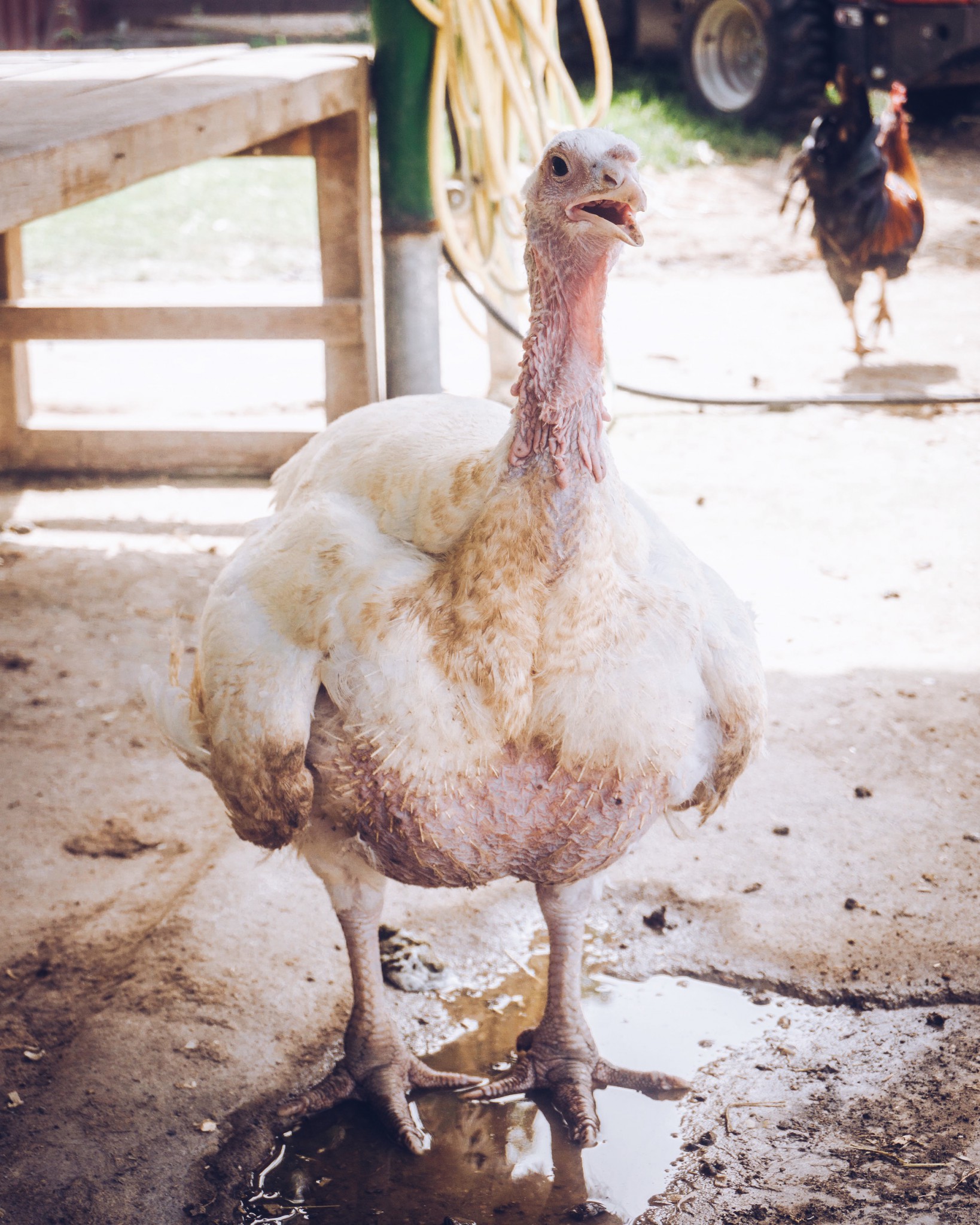 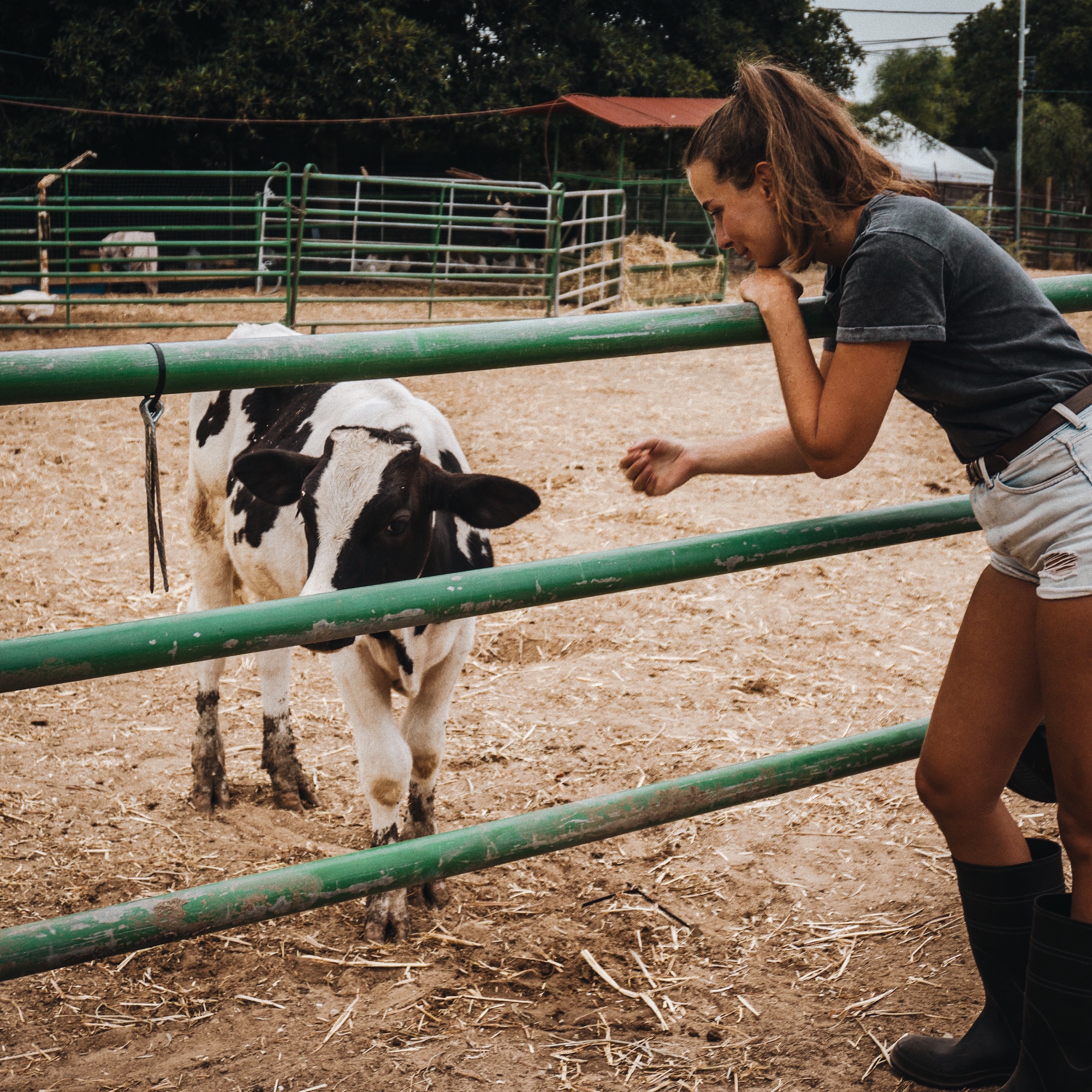 Apart from being an all welcoming safe haven for its residents to live out their lives, the Freedom Farm – above everything – is an educational place! It’s a place free of judgement, but full of love, respect and compassion. It doesn’t matter what or who you are, what matters is what you take away from your experience with them. Knowledge is power and each of the animals you will find on the farm shall serve as an ambassador for the millions of others that are out there right now suffering and undergoing horrendous abuse and torture.

Seeing the the lasting injuries some of these animals have endured are completely heart breaking. Both pigs, Yossi and Omri, had already been through living hell at only 2 months. At the age of one week they were brutally castrated without anesthesia, their tails were docked and teeth were clipped. Genetically modified by the meat industry to gain weight as fast as possible to be slaughtered at only 6 months old, Yossi and Omri (now 1 year) have already reached a weight of over 200kg. Their small bodies were never designed to carry that much weight so consequently they are struggling a lot – from joint problems to having trouble even walking. 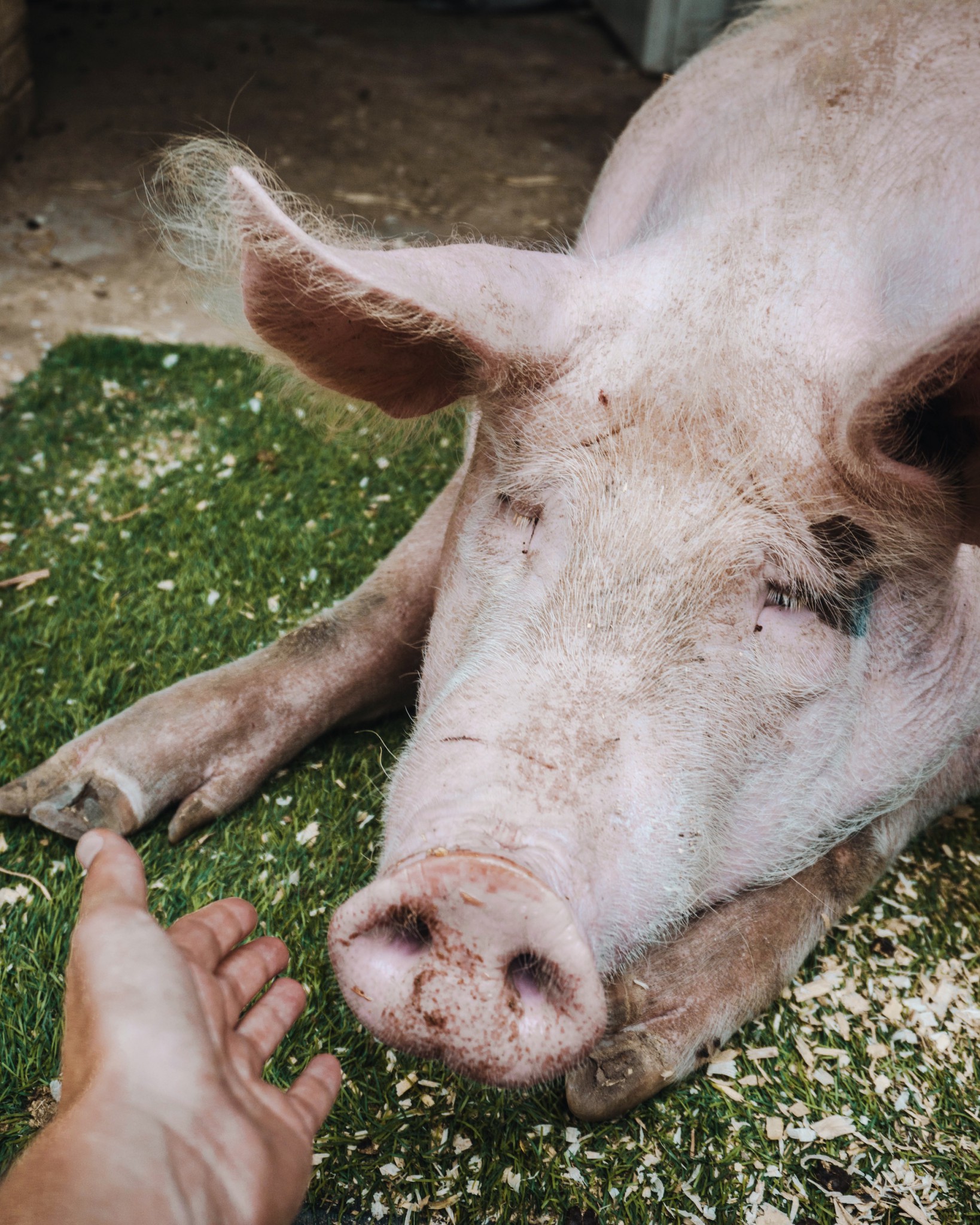 Both of the donkeys – Gili and Miri – that are living at the farm have only 3 legs. Donkeys are one of the most abused animals in the world – especially in poorer countries. Did you know that their backs are genetically not designed to carry weight? When Gili and Miri were found they were both in very critical conditions, bleeding to death and missing one leg (from the Egyptian border and the Jerusalem region). One can only imagine the horrors they have been trough. Seeing how well they have recovered and how much love and cuddles they are receiving and giving despite their terrible past just absolutely warms my heart. 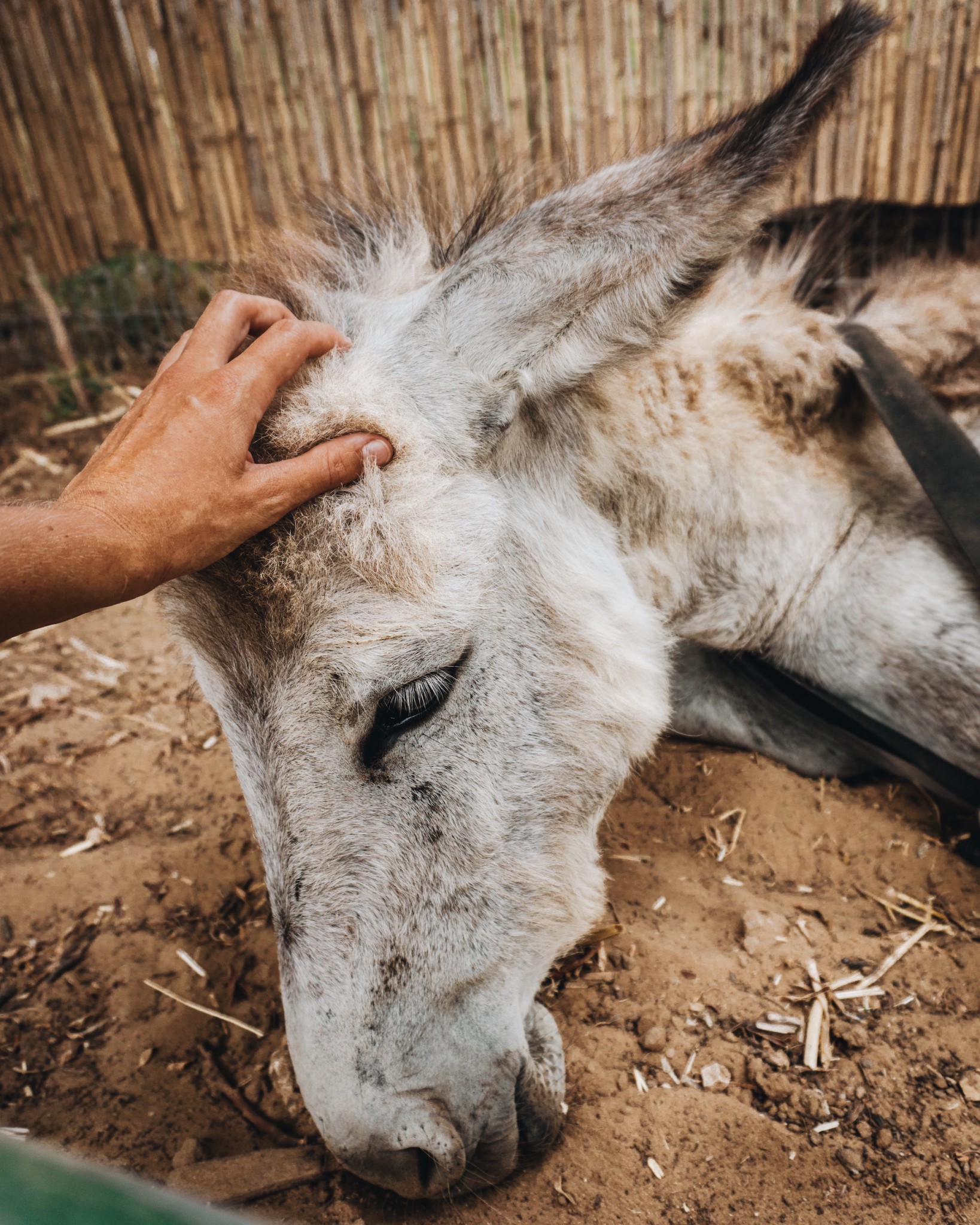 Just a few days before I visited, Adit – one of the founders, told me that they rescued about 40 hens that looked quite awful still (but apparently even worse a few days before). Most of their feathers were gone, ripped out. All this suffering, for what? 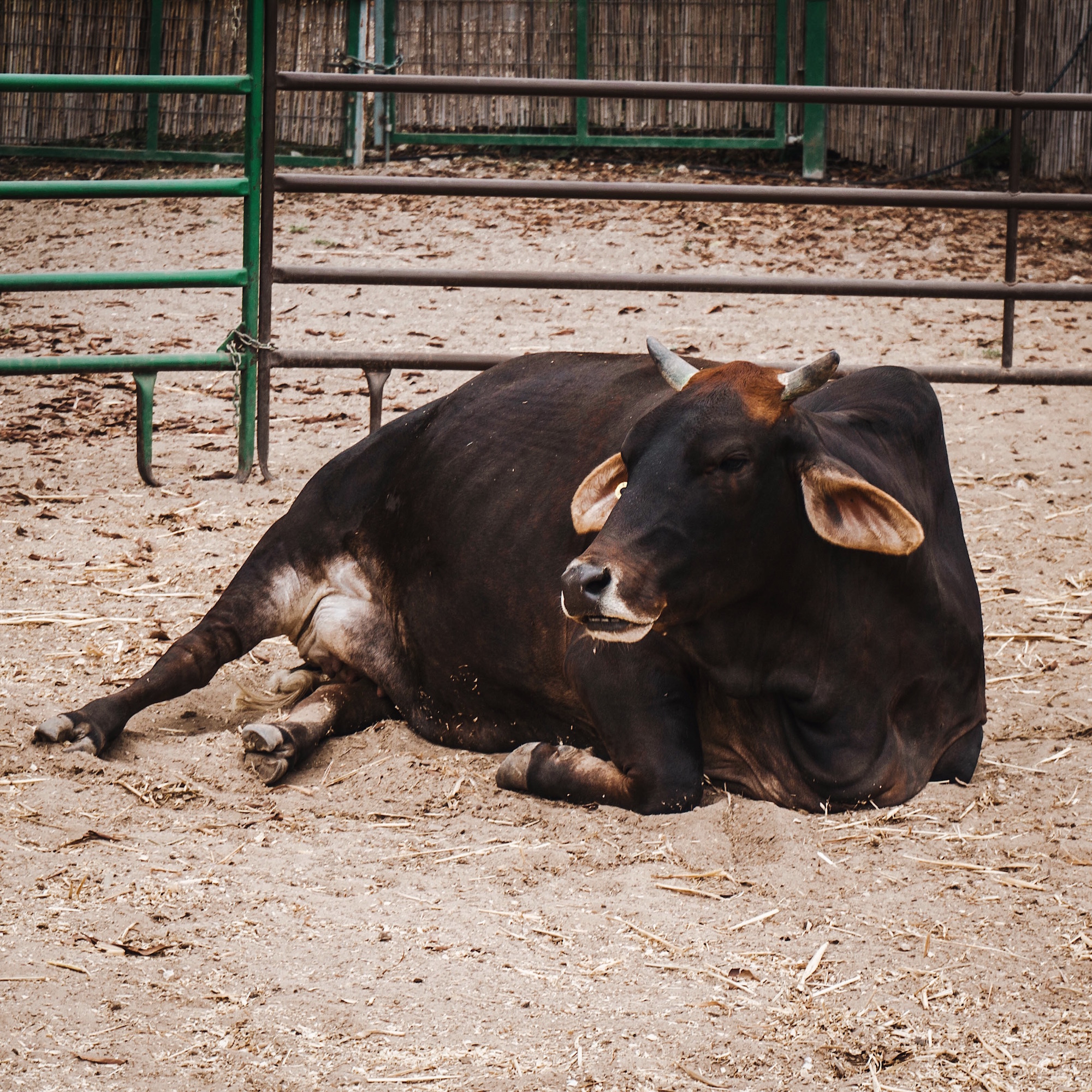 Maayan, the very first baby resident of the Freedom Farm Sanctuary, was found on the side of a highway. She was sick, dehydrated and very fortunate to have been picked up by a thoughtful passerby. Maayan is from the Brahma breed of cows, brought to Israel on live transport ships. As a newborn, it was clear that her mother gave birth to her during the arduous and horrifying journey from abroad and that she fell from a transport truck on the way to slaughter or a fattening farm. She was very fortunate as many of her kind do not survive. By now she has grown into such a beautiful and majestic cow! 🙂 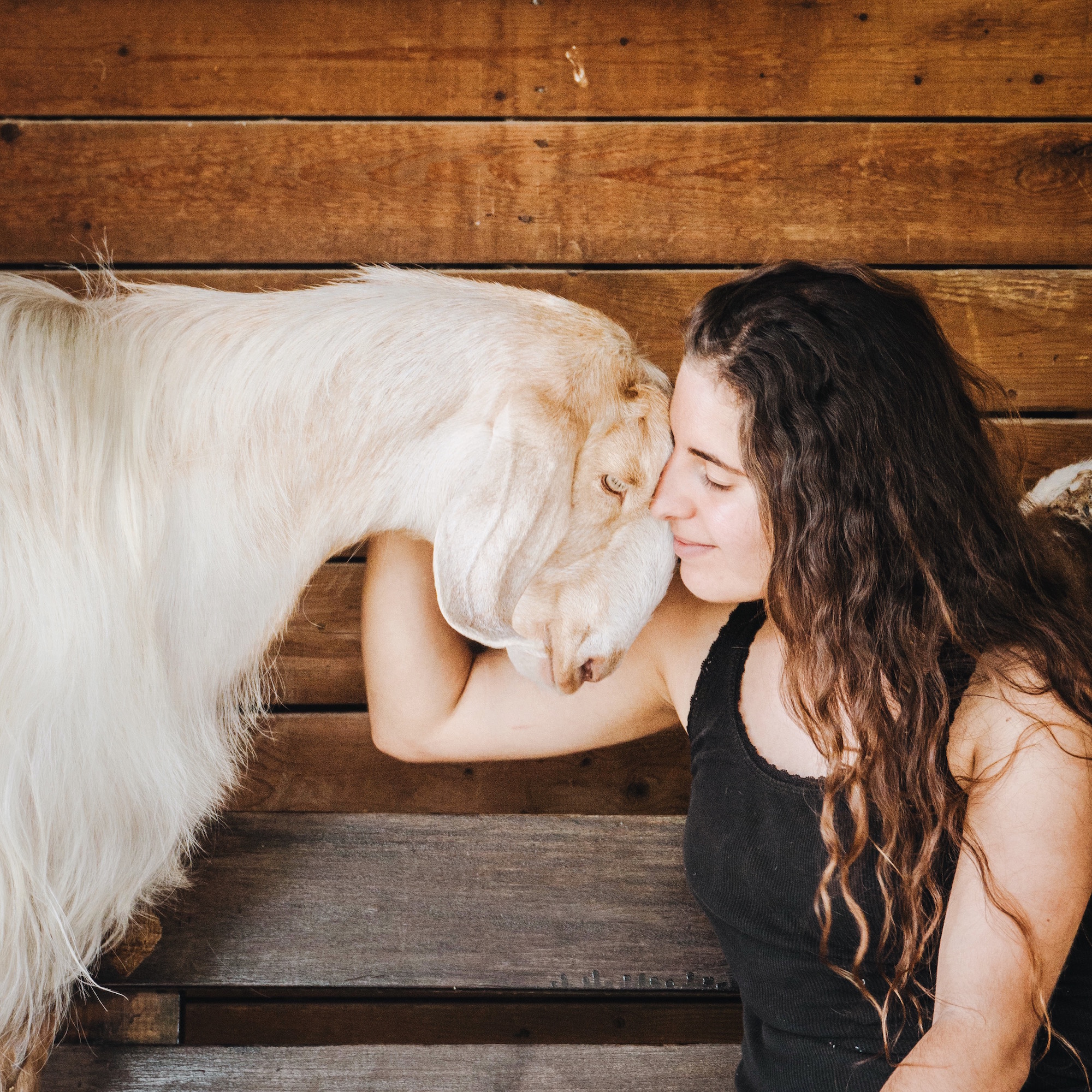 A kind-hearted tourist from India found a baby goat on a dairy farm, locked inside a small cage, barely moving, emaciated and malnourished. The tourist approached the farm owners and ask them to be merciful and release the goat into her care. Usually, farm owners won’t consider giving up a female milk producer. However, since it was clear this goat had almost no chance of survival, they handed her over. And look at Tal now! 🙂 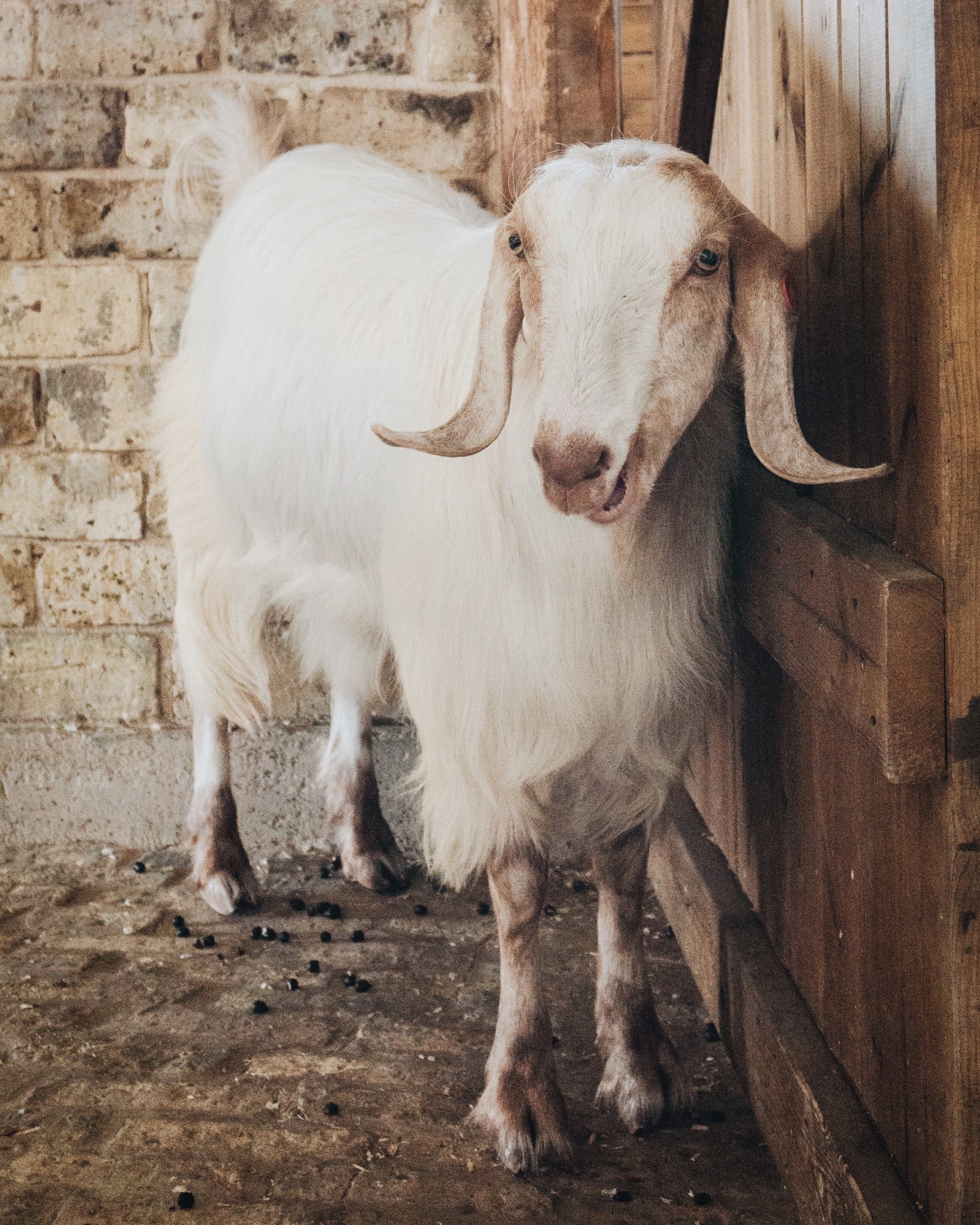 Despite all the sad stories behind every resident the Freedom Farm is such a happy place you’ll probably loose track of time will belly rubbing and cuddly all the new furry friends you’ll make! 🙂 But that’s what’s so beautiful about it.

Every animal at the farm is named after someone who has worked hard for animal rights in general and to make this place happen in particular. It is so interesting to see how initial distance turns into complete trust between the animals and you in just a few hours! You come with nothing and have earned so much when leaving! 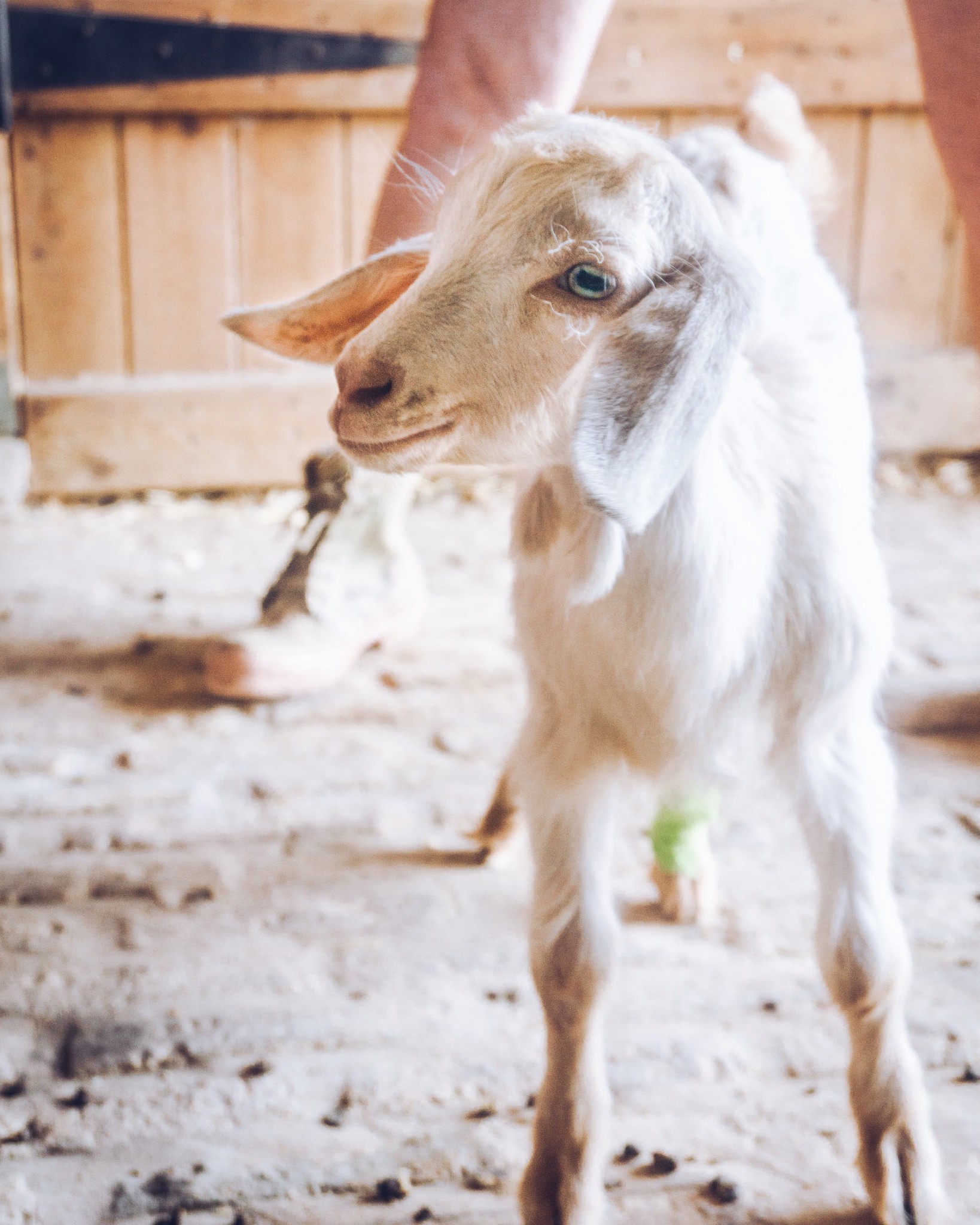 Unfortunately there is no support whatsoever from the government for the Freedom Farm Sanctuary and supplies are always short, hence they are completely reliant on donations from good-hearted people! I’ve started a GoGetFunding campaign in support of their hard work. Please consider contributing – every $1 helps keeping the animals fed, secure and healthy!

Keeping a farm like this running without any support is not only very expensive but also takes an incredible amount of time. They always need volunteers so if you want to help please contact Adit or anyone else from the volunteers via Facebook/mail! You can find all the info on their website: http://www.freedom-farm.org.il/en/ 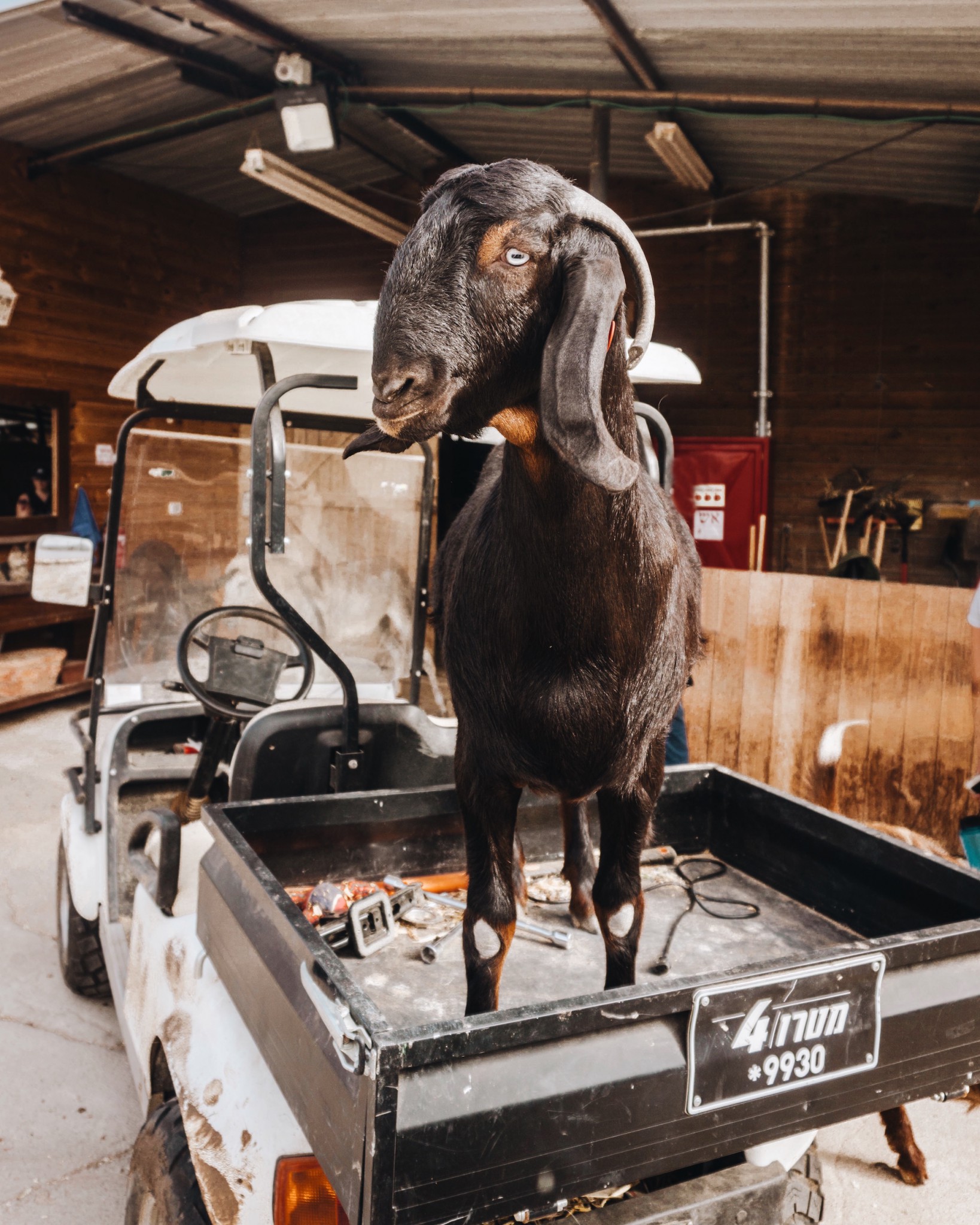 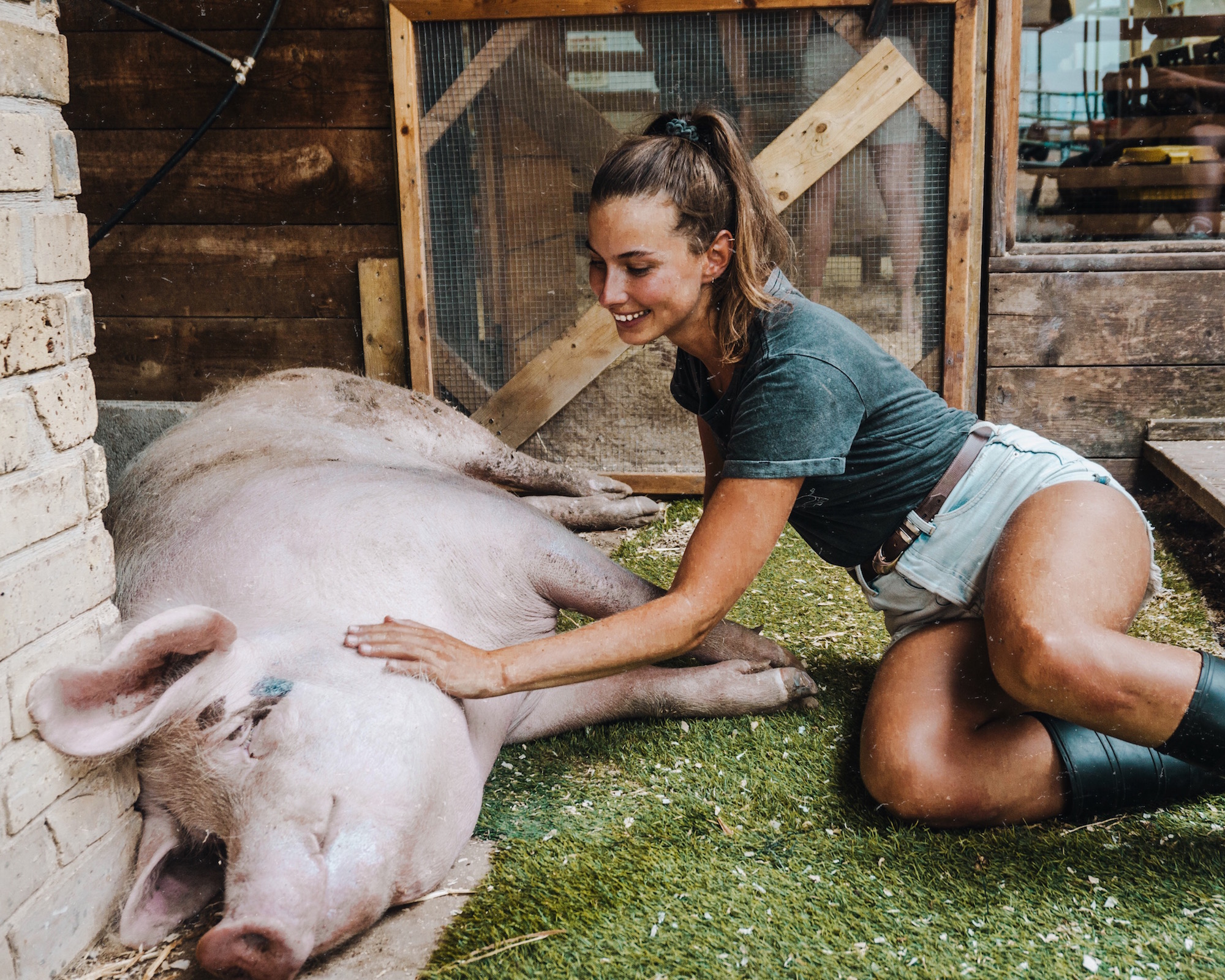